Who is Gary LaPlante?

With well over 25 years of professional experience in the broadcasting industry, Gary LaPlante has served as a manager at three different television stations in the Boston area. He began his career as early as his high school days. Then, he was a student at Ithaca College in Central New York. He first stepped foot into the television and broadcasting industry at WPRI in Providence in 1997.

As a 3-time Boston/new England Emmy ® winner, Gary was also nominated several other times. He has also been a part of news teams that have won numerous Murrow as well as Associated Press Awards. In addition, Gary LaPlante has been a newsroom executive for stations owned by companies such as CBS and FOX News.

Gary is a married father of three. His main focus in life is undoubtedly his loving wife as well as three children, ages 7, 10, and 11. He has two daughters and one son. Despite his busy day-to-day schedule, Gary LaPlante made his family his priority and rarely missed out on his children’s sports games or drama performances. Furthermore, he and his family love to travel. Their most recent trip took place in the Dominican Republic, where the kids loved the combination of playing in the pool and the warm ocean.

Gary is a true and passionate broadcaster and his family is passionate about New England. 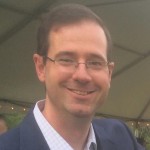 With over 25 years of professional experience, Gary LaPlante is an expert in the media, communications, and broadcasting industry.